UROC's ongoing Sex Trading, Trafficking and Community Well-Being Initiative is an academic-based initiative on the forefront of tackling the problems related to sex trading and sex trafficking through collaborative research designed to impact practice and spur action. The initiative focuses on the problem at large, as well as how North Minneapolis and other communities can take action to end sex trafficking and commercial sexual exploitation in Minnesota. UROC Director of Research Lauren Martin, who has led local research efforts on the issue since 2005, is spearheading the initiative by partnering with dozens of community partners, including government agencies, individuals, corporations, and researchers.

Sex trafficking and trading are part of a statewide, regional, national and international marketplace for commercial sex that functions on the economic principles of supply and demand. This market is hidden, illegal, dangerous and stigmatized. It negatively impacts women, children, families, and community health. Researchers at UROC are working to understand the marketplace and the complex ways that exploitation, racism, sexism and poverty shape this market and the experiences of people in the market.

UROC’s Sex Trading, Trafficking and Community Well-Being Initiative strives to produce accurate and grounded knowledge so that decision makers and communities can act together more effectively. In addition to surfacing hidden harms and generating multiple forms of knowledge on sex trading, UROC’s past projects have had a positive impact on individuals and communities. The work has also contributed to major policy and legislative work through local, regional, and state government.

The Safe Harbor for All Strategic Planning Process Report identifies potential impacts of policy changes on the safety, health, dignity and justice for adults involved in transactional sex, including victims of trafficking, and exploitation. Based on input from 294 stakeholders from across Minnesota, the report sheds light on the intended and unintended harms—including lack of housing and police protection— to adults who are trafficked for sex or are involved in transactional sex due. 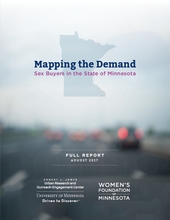 Mapping the Demand: Sex Buyers in Minnesota surfaces new community-based knowledge about who purchases sex, where they live and purchase sex, how they enter the market, and what they seek in the marketplace. This report fills a critical gap in our knowledge about the statewide marketplace for commercial sex and the role of sex buyers in that market. It was funded by the Women's Foundation of Minnesota.

Intersections of Sexual Violence, Domestic Violence and Sex Trafficking: Bringing the Community Together Around Prevention

Victims of sex trafficking often seek help and support presenting as victims of sexual assault or domestic violence. Yet the intersections of these crimes are not well understood. UROC's team conducted a secondary analysis of qualitative data on sex trafficking to explore themes related to these intersections. This project seeks to identify prevention opportunities around these intersections surfaced through community wisdom and context. This project will include in a series of community roundtable discussions throughout Minnesota to design innovative solutions addressing the complexities of these intersections. This project is funded through the Minnesota Department of Health. Learn more here: Statewide Community Roundtables on Prevention.

Sex Trafficking and the Super Bowl

In preparation for the 2018 Super Bowl in Minneapolis, the Women’s Foundation of Minnesota asked Dr. Lauren Martin to conduct a thorough review of the academic literature on sex trafficking and sporting events, as well as media coverage of past Super Bowls and how they dealt with sex trafficking. That research brief is available here: Sex Trafficking and the Super Bowl Research Brief.

As part of the study “Mapping the Demand: Sex Buyers in Minnesota,” we analyzed print news media coverage of sex trafficking and prostitution in Minnesota from 2005-2014. We saw a substantial increase in coverage and a shift in how the issue is covered over time. The research brief can be found here: Media Analysis of Print News Coverage Research Brief.

Mapping the Market for Sex with Minor Trafficked Girls in Minneapolis

Released in 2014, Mapping the Market for Sex with Minor Trafficked Girls in Minneapolis documents the processes through which a supply of trafficked girls is developed and brought to the marketplace by sex trafficking operations. It was conducted in partnership with Othayonih Research and funded by the Women’s Foundation of Minnesota. Read the executive summary and full report. 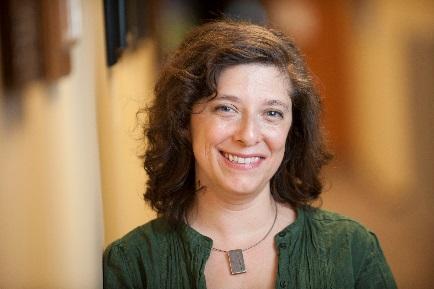 Nationally recognized for her groundbreaking research in the area of sex trading and sex trafficking prevention, Lauren Martin is UROC's director of research. An expert on community engaged research methods, Martin oversees UROC's research projects and grant operations. She is also a researcher with the University's Children, Youth and Family Consortium and Center for Early Education and Development, and is an instructor at the Humphrey School of Public Affairs. She received her doctoral degree in anthropology and historical studies from the New School for Social Research in New York and has been conducting research with community partners since 2006. She is the author of many community and scholarly publications and the principle investigator on several research projects, including “Mapping the Market for Juvenile Sex Trafficking in Minneapolis,” the Northside Achievement Zone (NAZ) community survey, and a validation study of the NAZ Family Academy. 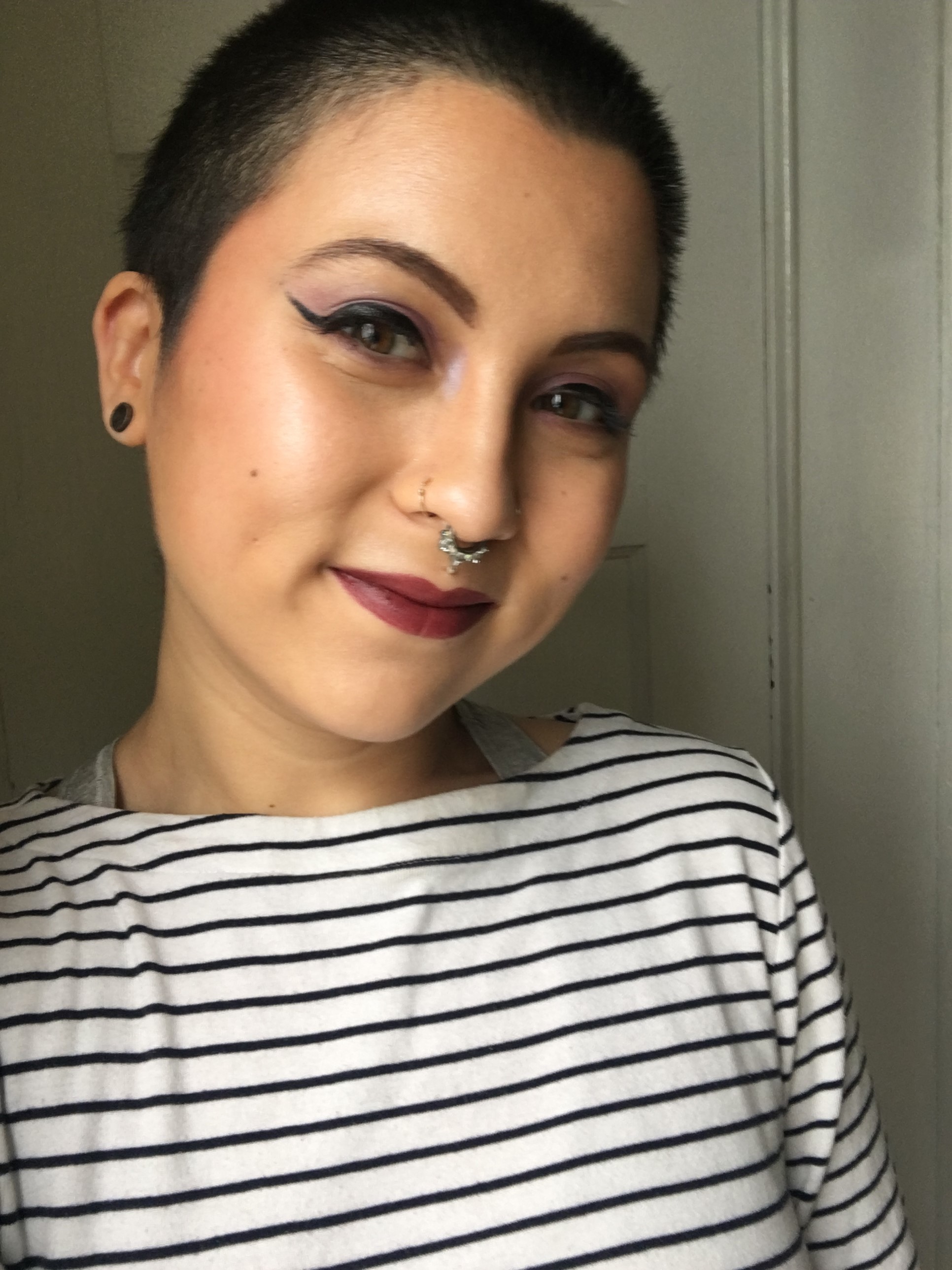 Montana Filoteo is a recent graduate of the University of Minnesota with a double major in Gender, Women & Sexuality Studies and Urban Studies, and a minor in Social Justice. Montana has worked on various research projects around housing, tenants' rights, gender equality, and commercial sexual exploitation. Montana is passionate about action research approaches that involve community participation and lead towards social change. They have been working at UROC since 2016 in the Initiative. 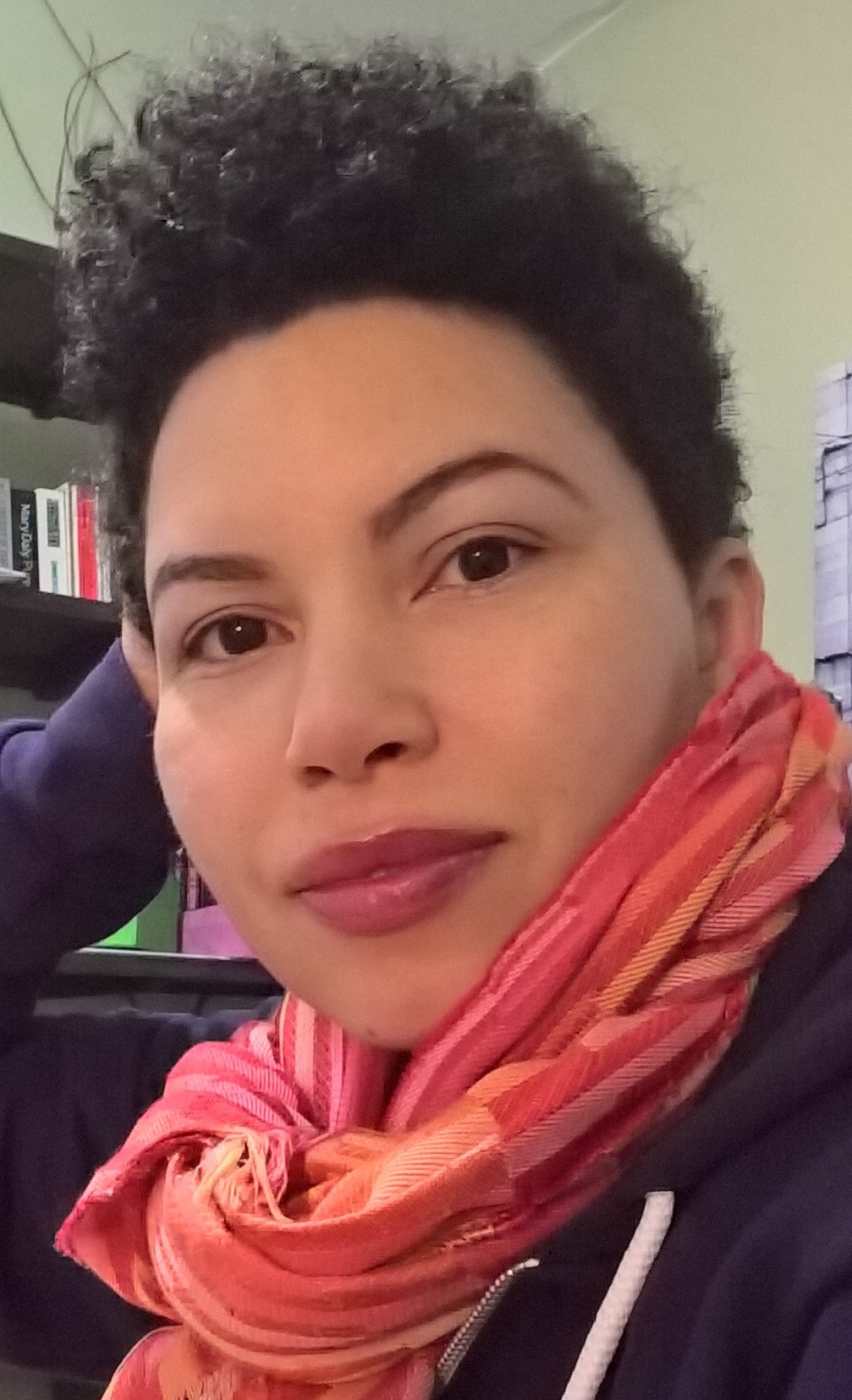 Annie Hill is a rhetorical scholar who studies rape logic, victim-blaming, policing of sex workers, and the development and implementation of anti-trafficking measures. Dr. Hill earned a Ph.D. from the University of California, Berkeley and she was an Empirical Legal Studies Fellow at Berkeley’s Center for the Study of Law and Society and a Visiting Scholar at Cambridge University’s Institute of Criminology. Her work appears in scholarly journals, such as Anti-Trafficking Review, Communication and Critical/Cultural Studies, and philoSOPHIA, as well as in edited volumes and blogs. Dr. Hill is part of the Sexual Violence Prevention Collaboratory at the University of Minnesota and a Research Collaborator with the Gender Policy Report.

Harshada is a doctoral student at the Applied Economics department of the University of Minnesota. Her research interests include community development and access driven development. Harshada has a Master's in Public Policy from the Humphrey School of Public Affairs at the University of Minnesota. She has a background in journalism. When she is not working on her research she enjoys hiking, trying out new recipes, writing poetry, and catching up with friends & family. She is from Mumbai, India.

Trained in community-based and participatory research approaches, Christina Melander focuses her research at UROC on sex trafficking, gender equality, and intersectional inequalities. She comes from a diverse background in social work practice and community organizing, including working with sexual assault/domestic violence survivors, homeless populations, low-income communities, and immigrants in the Chicago and Twin Cities areas. Christina has a Master's degree in Social Work from the University of Minnesota and a Bachelor's degree in Sociology from the University of Chicago.

Cheyenne Syvertson is an MSW student focusing on Clinical Mental Health at the University of Minnesota. She has experience working with elementary children with emotional behavior challenges, as well as volunteers as a survivor advocate at a local domestic violence shelter. Cheyenne has worked as a research assistant in the Initiative since 2015, contributing to numerous projects. In 2016 Cheyenne was awarded a recipient of the Sharon L. Doherty Leadership Award for her volunteer work on women’s issues. She holds a Bachelor of Science in Applied Economics and a Bachelor of Arts in Political Science from the University of Minnesota. 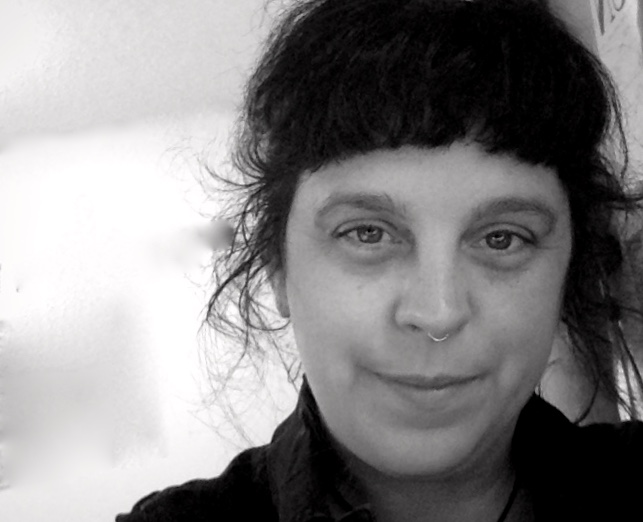 Natalie Taber focuses her research on the intersections of race, identity and structural oppressions. She applies this approach as well as practice-based expertise to numerous projects in the initiative. As a recipient of the Kente Circle Clinical Fellowship, she recently completed work as an intern therapist at Kente Circle, a clinic that centers issues of race, ethnicity and culture in mental health. Natalie holds a Master's in Social Work from the University of Minnesota with a focus on Clinical Mental Health and Master’s in Philosophy from the University of Wisconsin, Milwaukee. For the last twenty years she has worked in collective and community for economic, racial, environmental, and gender/sexuality justice.